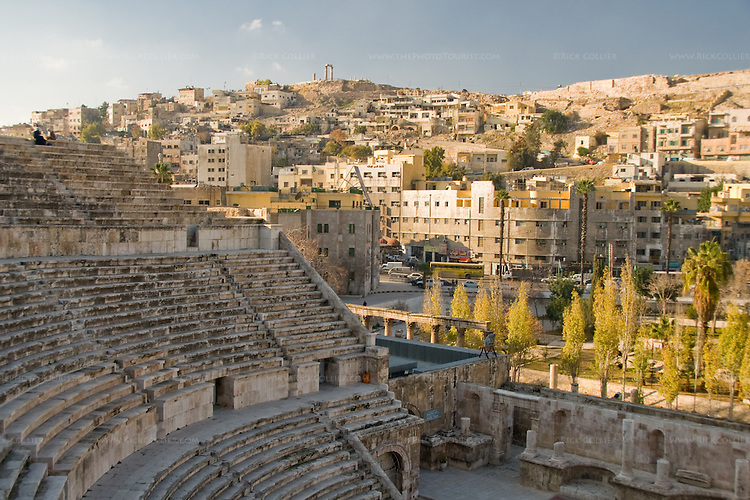 The Roman theater frames a view of central Amman, Jordan, rising to the Citadel and remains of the Roman Temple of Hercules on the hill beyond. Columns and trees just outside the theater mark the site of what was once the one of the largest fora in the Roman Empire. Like Rome itself, Amman is built on seven hills. This was a prominent provincial capital named Philadelphia under the rule of Ancient Rome. © Rick Collier